I guess I am just surprised that we are surprised?  Are we really?  A rude, belligerent, narcissistic, shell of a man is going to be on a national stage and do something respectable, tolerable, relatable-even coherent?

Who do we think this man is?

Why would we ever put faith in a person that has not shown a shred of human decency in the short, albeit, torturous time he has been President?  ((not to mention his lifetime of cheating, fraud, racism, sexism (all the isms) and manipulation))

I am struggling. I cannot help but ask myself what kind of person would support this man?  I know it is not fair, I know it is wrong.  I should not judge. But how????

How do we try and and raise humble, respectful, honorable children in the wake of this?  Of course it starts at home, so how does one explain him to their children?  What does one say about the soulless to their sensitive, impressionable sons? And heaven forbid, what does one say to their strong, ever-questioning daughters?

Damn, he makes it so difficult not to throw things, question everything you thought you knew and believed in.  He is that vile. He is that repugnant.

Unlike our current President, I have reason, empathy, compassion, a thought process. And I used to believe that people that supported him did too, that maybe they voted for party or misguided principle rather than on facts. Yes, I know they believe me naive, and I cannot reconcile that they can't see what I so clearly do.  Yet, I understand reluctantly, they see me the exactly the same way.  I so heartbreakingly understand that many think I am the one who just doesn't "get it".

And then it hit me last night that this is more about us than it is him.....so I ask, where will you stand in history?  What story will you tell?

I just cannot grasp the possibility that he would be reelected, but I couldn't have imagined he would be elected in the first place. Here we are.

What does one do with this rage? I guess I will do the only thing I can do. 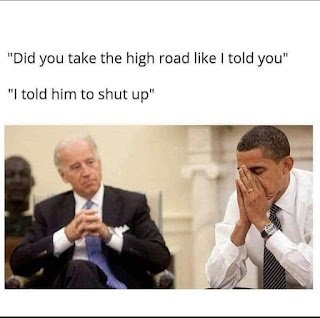 Posted by Mary Claire Brass at 8:19 PM No comments: