Just give me a minute to think about it!

“My wife and I are divided about whether it was inevitable, or if something caused it, but we do have video of Jackson at 18 months, coming up to the camera and talking. But soon afterward his language stopped developing, and eventually he lost the language skills he already had. He stopped responding to his name. You could even bang pots and pans behind him, and he wouldn’t respond. But when we tested his hearing, it was fine. People would say: ‘Boys develop later.’ Or ‘Don’t worry, my daughter didn’t begin talking until she was three.” But we knew it was something more. This was twenty years ago, so the doctors didn’t even know what to tell us. The head of pediatrics at Columbia met with us, and said: ‘Let me do some research on autism and I’ll get back to you.’ We started to worry that Jackson might never progress. Around this time, I overheard some acquaintances worrying that their four-year-old son might be gay. It made me so mad. I thought: ‘Give me a fucking break. You know that your child can grow to be happy, independent, and fall in love. I’d trade anything for that knowledge, and you’re freaking out that your son might be gay.’”


So I shared this post a few days ago on FB from Humans of New York and now I feel anxious and weird about it.  First I should know better than to share a post if my heart is racing or I've had too much wine, can't remember at this point which was the case. Anyway, I wish I hadn't shared it, not because I haven't felt exactly the way this father has, but because, I felt like I was shaming other parents for the way they feel.  Its hard to explain but I will try. All of my friends have "typical" children, seriously you probably couldn't find even a speech impediment in the lot of them.  So, of course, they worry about "typical" children things, ie walking by 15 months, potty training, test scores, sports teams, etc. And these are all things I worry/worried about with Jacob so I totally get it.  I think what resonated with me is the anger that sometimes builds up if someone goes on and on about a seemingly ridiculous worry (pooping on the toilet or site words) and I am baffled. Listen people, if anyone needs to worry about kids pooping on the toilet, it's this girl. And I should be over it, how many years have I had disabled kids? But I still get all fired up inside. Again, that's what parents with typical kids worry about, so move on Mary (sorry, that was me talking to myself). But a son being gay worry is different. Maybe the couple was worried about how their son would be treated or ostracized or left out if he were gay. Maybe they worried he wouldn't be able to marry or have a family or do what most of us take for granted if he were gay.  I hope those were their concerns rather than just the thought of him being gay, and since I don't know, I want to give them the benefit of the doubt. Because I feel the above concerns are legitimate and because at the end of the day we all want our children to be accepted. And, news flash, our society has not accepted homosexuality yet. Hopefully by the time our children are grown (or by tomorrow), being gay will be a non-issue and no one will even blink an eye and love will be love and that will be that.
I am not sure if this even made sense, but I needed to write it and now it is done. No more heart racing and no wine because it's morning. 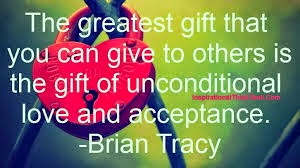